Former Real Madrid and Spain manager Vicente del Bosque has stoked the flames ahead of Los Blancos’ Champions League final clash against Liverpool by saying that no player from the Reds would make Real’s starting eleven.

Del Bosque, a two time Champions League winner as Real manager, made the statement to COPE, and said that he couldn’t find a single Liverpool player “who would improve Real” and “not even Mohamed Salah”

Salah has been in sparkling form for Liverpool, breaking records for fun and has been pivotal in their unbeaten run to the final. The Egyptian was a key player in the Reds’ knockout victories over Porto, Man City and Roma and his duel with Real left Marcelo is expected to be a key one in Kiev this weekend.

Despite the fact that Real have already lost twice in the CL this season, Del Bosque remarked that “they had the best squad in Europe” currently and would beat the Reds “4-1” in the final. 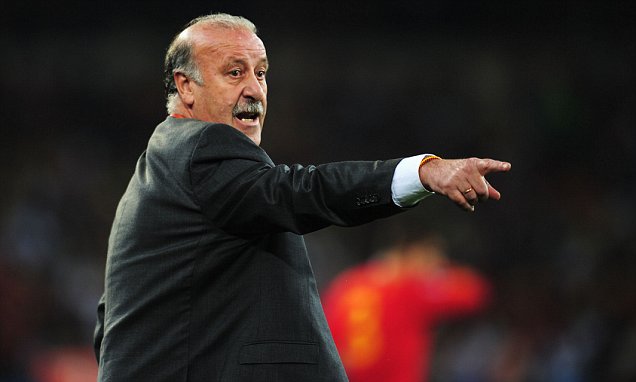 Del Bosque, Spain’s coach at the 2012 European Championships and the 2010 World Cup, heaped praise on the club’s BBC trio, saying that Bale, Benzema and Cristiano were key to the Spanish side’s fortunes.

Real and Liverpool have never met in the final in the modern CL era. Liverpool’s last final appearance came in 2007 while Real are the holders, having beaten Juventus in the last year’s final.