It was the first World Cup to be hosted by the United States, a choice that, in itself, caused much controversy. The US had no professional league of their own at the time, with the North American Soccer League having been disbanded in 1984 following poor attendance figures.

The World Cup was awarded to the US on the condition that they set up a new professional league – Major League Soccer, which began play in 1996. Despite the uproar, the tournament was a huge success, breaking the average attendance figures set by the 1966 competition with an average of 69,000 attending each match. The final overall attendance was nearly 3.6 million, which is a record that still stands today despite the fact that the tournament was expanded for France ’98 from 24 teams to 32. It was also one of the most financially lucrative in the history of the competition. 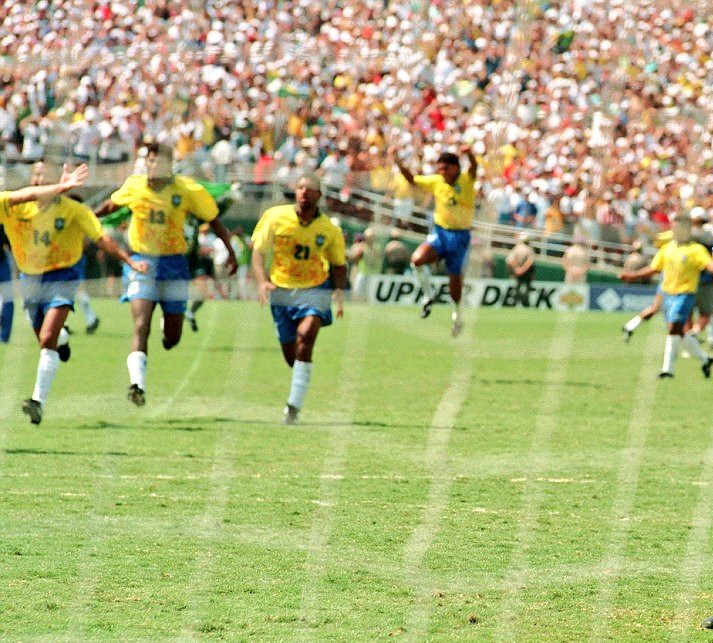 The games were played in nine cities across the country with much of it played in the searing heat. Coming into the tournament, Germany, winner of the previous World Cup in 1990, were the favourites. They will be favourites again heading to Russia 2018 this summer. When looking at the bookmaker comparison site Oddschecker, you can see many have them down to win the competition again with Brazil. Back in 1994, they were drawn in a group with Spain, South Korea and Bolivia. No one was surprised that they won the group thanks to the goals of Jurgen Klinsmann, who netted in every game at the group stage.

The group stages were remarkably close and, amazingly, both Argentina and eventual finalist Italy had to rely on best third-place finishes in order to get into the last 16.

Nations that rose to prominence in World Cup ‘94

Not many people would have expected a side like Bulgaria to make it all the way to the last four but they did. What made it even more remarkable was the fact that they knocked out world champions Germany in the quarter-finals thanks to two goals in three second-half minutes.

Germany had taken the lead thanks to a Matthaus penalty just after halftime but, in the 75th minute, star man Hristo Stoichkov levelled it up before Yordan Letchkov grabbed what proved to be the winner just three minutes later. It was a massive result but they fell in the semi-final against the Italians, losing 2-1 thanks to two goals from Roberto Baggio.

Romania went out on penalties in the quarter-final to Sweden after an enthralling 2-2 draw. That team from 1994 was considered to be the golden generation of Romanian talent. The undoubted star of the team was pint-sized play-maker Gheorghe Hagi but they also had a young Dan Petrescu, Ilie Dumitrescu and Florin Raducioiu. The team played an exciting brand of football and the highlight of the tournament for the team was knocking out Argentina in the second round.

Collectively this was probably the best side in Swedish history. They ended the World Cup finishing third after they trashed Bulgaria 4-0 in the third-place play-off but almost made it to the final. They lost to the eventual winners, Brazil, in the semis but not before they had knocked out Saudi Arabia and Romania. The team included star names like Tomas Brolin, Henrik Larsson, Martin Dahlin and Kennett Andersson amongst others. It was a truly great side the likes of which Sweden may not see again.

The final took place at the Rose Bowl stadium in Pasadena, Los Angeles. It was contested between Brazil and Italy in front of over 94,000 fans. The game itself was a very tense and nervy affair. Italy defended deep and prevented the more flamboyant Brazilian side which included Bebeto, Romario and Dunga, from playing their football.

The game finished 0-0 after extra time and will forever be remembered for the penalty shoot-out that saw Roberto Baggio blaze Italy’s fifth and final kick over the bar. Brazil won it and the tournament was considered a huge success. Several players got moves to the English Premier League because of their performances during the competition and some players, like Baggio, will always be remembered for his great performances during Italy’s path to the final as well as that crucial missed spot kick.

Overall though, it was just a brilliant example of how a World Cup should be played and Russia 2018 will be hoping to have the lasting legacy that was enjoyed by USA ’94.