A sublime first half performance from Manchester City took them one step closer to the Premier League title after they comfortably beat Everton at Goodison Park. The win was manager Pep Guardiola’s first over the Toffees after three previous unsuccessful attempts and means that City can win the title next weekend if they beat bitter rivals Manchester United.

Any hopes that Everton might have harboured of causing an upset were dashed in the opening quarter of the game. The visitors went ahead in just the fourth minute, with Leroy Sane volleying home after some fine interplay between David Silva and Aymeric Laporte.

At the other end, Yannick Bolasie had a fantastic chance to put Everton level, but his header was off target and just seconds later, the Toffees were punished for that miss by Guardiola’s ruthless side. Sane and Kevin de Bruyne were integral to this move which was finished off by Gabriel Jesus at the other end, with the Brazilian, unlike Bolasie, making no mistake with his header. 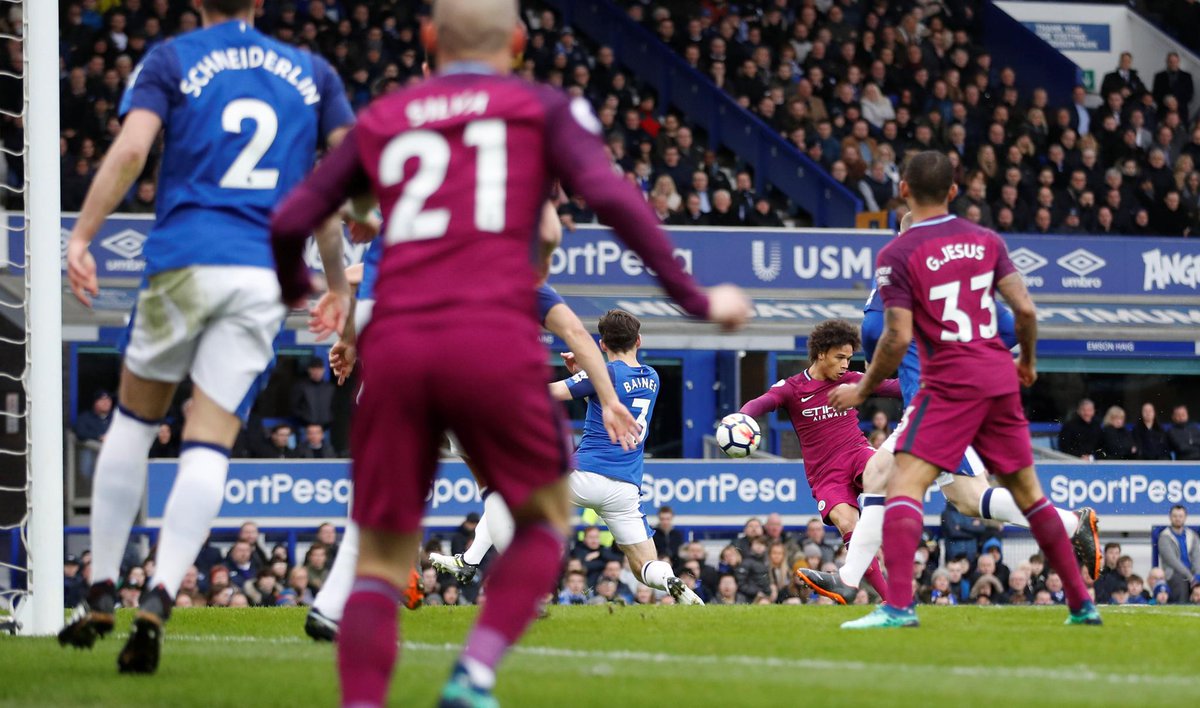 Two became three eight minutes before the interval with David Silva setting up Raheem Sterling, marking the first time in nearly a decade that Everton had conceded three or more in the first half of a league game at Goodison Park.

An amazing stat from the first half underlined City’s dominance- Fernandinho had 62 passes before the break, while the whole Everton team had themselves managed only 64. The Football Faithful website asks whether this City side might be the best of all time- on the basis of this performance, we’d easily agree that they are among the best, if not the best. A Sam Allardyce coached side is never a walkover, but this felt like a training session for City, such was their dominance.

Everton pulled one back after the hour mark through Bolasie, whose low effort beat Ederson at his near post, but there was precious little otherwise to trouble City, who finished with 82% possession and will now focus their attention towards their Champions League quarterfinal against Liverpool.