Tottenham Hotspur striker Harry Kane who scored 2 goals against Everton has been named as the Premier League’s Player of the month for December.

In the month of August the 24-year old has scored six times in four league matches last month against Everton, West Ham United and Huddersfield. His only failure to score came in Spurs’ frustrating 0-0 home draw with Swansea.

In addition he added another five in two Champions League matches and four in as many England internationals to finish with 15 goals in 10 games for club and country. 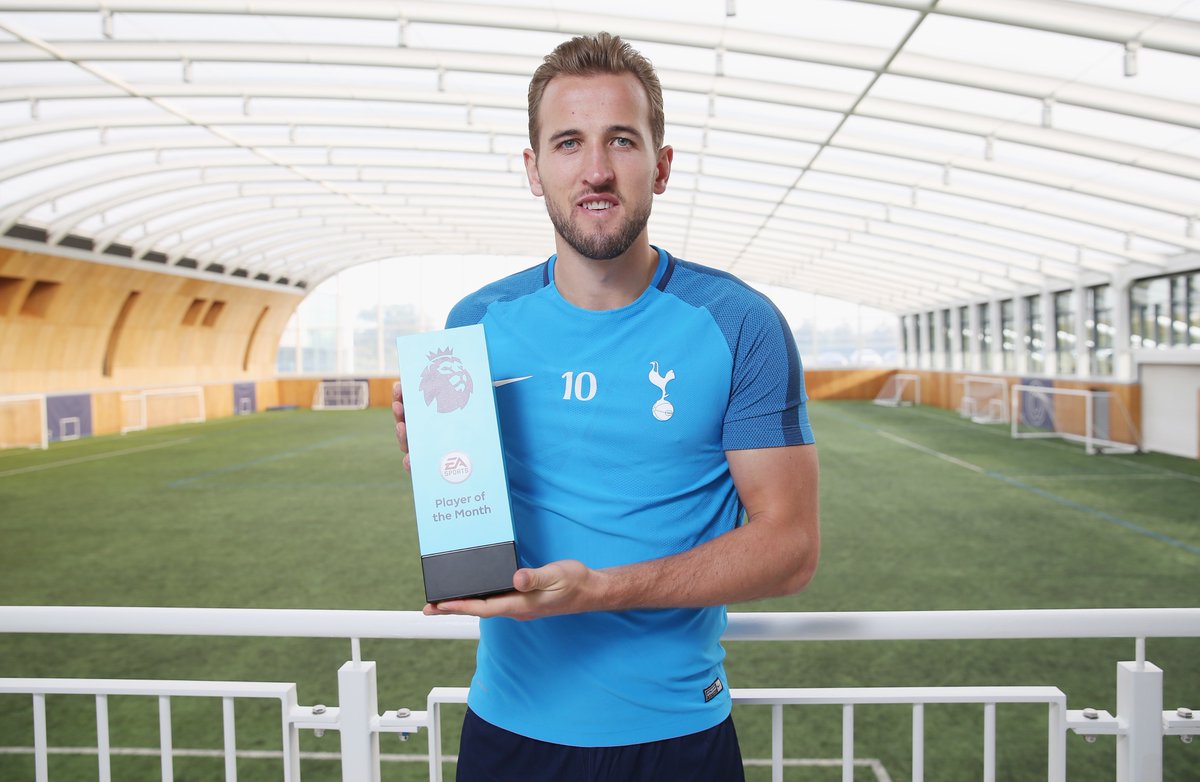