It’s been eight years since a Spanish striker scored a league hat trick for Real Madrid, one of Spain’s top clubs. Quite an interesting stat, but that is precisely what happened when Alvaro Morata netted thrice for Zinedine Zidane’s side in their 4-2 away win at Leganes on 5 April, 2017.

Morata’s three goals in midweek now mean that he is Real’s second highest league scorer this season, behind Cristiano Ronaldo. He is also the first Spanish striker to score a league hat-trick for Real since the legendary Raul Gonzalez did so against Sevilla back in 2008 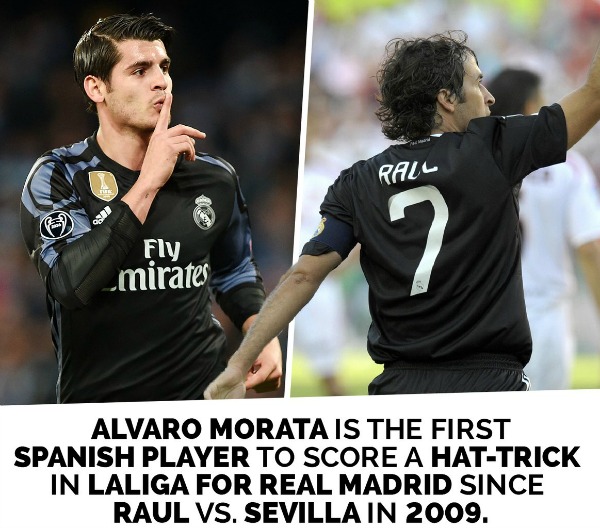